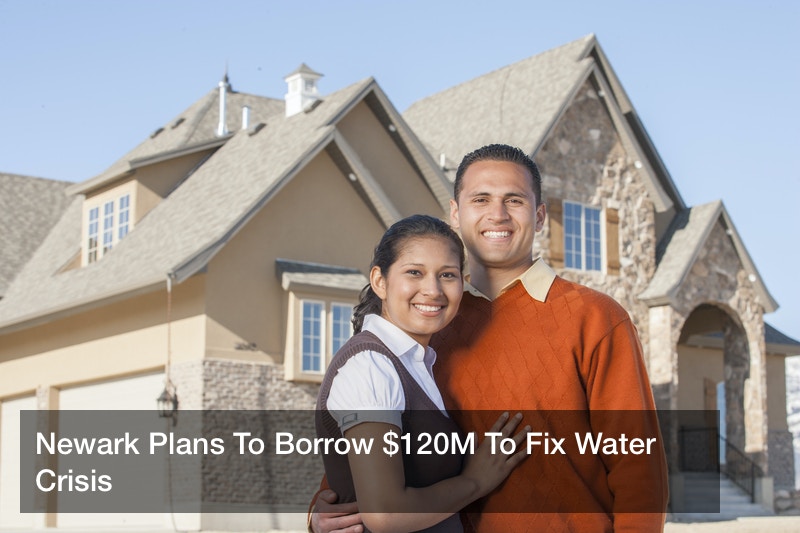 New Jersey officials announced on Aug 26 that the city of Newark is going to receive a loan of $120 million to fix the ongoing water crisis. According to the announcement, this amount of money will be able to bring the city clean water once again in less than three years.

Newark is facing issues because of the 18,000 old pipes that are causing lead to contaminate the drinking supply. With other officials beside him, including New Jersey Governor Phil Murphy and Newark Mayor Ras Baraka, Essex County Executive Joseph DiVincenzo Jr. said that the county will be issuing bonds over the next 24 to 30 months to more quickly eliminate the problematic pipes. Newark’s original plan would have cost $75 million and was scheduled to take eight years.

“I don’t want to wait that long. I want this long-term solution to happen sooner rather than later,” said DiVincenzo.

The County Executive also said that the importance of the crisis has made it a priority for the county and that he is happy the county can help speed up the solution. According to the city, over 770 pipes have already been replaced since the original plan went into action back in March.

The new funds from the county offer another perk for Newark residents. Under the original program, homeowners potentially had to pay up to $1,000 each for the lead line replacement. While many homeowners may be willing to invest in something like curb appeal, one of the five most important factors in selling a house, to improve their property, not many would want to shell out their cash to fix a problem they didn’t cause. According to Baraka, the hundreds of homeowners who had their water lines replaced before the announcement of the new plan will not be billed for the work.

To repay the loan, Newark will pay Essex County $6.2 million every year for 30 years. Despite this seemingly steep repayment schedule, Baraka said that Newark taxes will not increase for residents, even for a family of four that can use up to 400 gallons of water in an average day. Instead, he will be seeking state or federal funding to cover the debt and pay back the bond. U.S. Rep. Donald Payne Jr., D-10th Dist., said that he has talked with the representative of Flint, U.S. Rep. Dan Kildee of Michigan, to find federal funding for Newark. Payne intends to recreate the program that allocated federal dollars for Flint’s crisis.

For Newark’s 282,000 residents, the expedited timeline and the freedom from debt comes at just the right time. Although over 63% of adults have moved to a new community at least once in their lives, 37% have never left their hometowns. Many Newark residents, long-term and new to the community, may have considered moving away from the problematic pipes when questions were raised about the effectiveness of the filters that the city had been handing out to residents.

The city has instead started handing out bottled water at the federal government’s request, as federal law dictates that all water is treated so that lead doesn’t contaminate it. While the solution of bottled water meets legal requirements, it is an expensive one. Bottled water costs approximately 300 times more than tap water. Officials know this is a short-term solution, making the loan for the line replacement necessary.

“Replacing the lead service lines is the only permanent way to address this issue,” Baraka said.

As the distribution of bottled water has become a common practice in Newark, national attention and public pressure on the city have also ramped up. The Newark Water Coalition organized a protest outside the Prudential Center on Aug 26, where MTV’s Video Music Awards were taking place for the first time. As stars like Lil Nas X, Taylor Swift, and Lizzo performed at the event, demonstrators stood outside with signs demanding that officials fix the problem now and to not let it continue as it has in Flint.

City officials certainly seem aware of the comparisons some are drawing between Newark and Flint, which has had contaminated water since 2014. With that pressure in mind, Baraka says that the city will eliminate the lead from the drinking supply — which was first detected in high levels in 2017 — as quickly as possible.

Residents in the South, West, and parts of the North and Central wards are at the most risk of lead contamination, as the corrosion control treatment at their treatment plant has failed. Corrosion control has been working at the plant that serves the rest of the city. Regardless of where they live, all Newark residents are eligible to have their lead service lines replaced under the new program. Similar to how 85% of consumers remember advertisers who gave them a hat or shirt, officials may be hoping that residents remember how the city gave them new lines, free of charge, and that they forget the ordeal of the crisis. Residents must sign up with the city to have their lines replaced with the loan’s funds.

The best way to solve a drinking water problem at home is to buy a dispenser. Are you wondering about a bottom loading water dispenser vs top loading? The choice of a dispenser depends on an individual’s preferences. Such preferences and tastes are also applicable when buying bottled water machines for home. If you decide to buy water machines for your home, you need to buy them from a trusted dealer that will sell you good quality products.

You can search for the best place to buy 5 gallon water jugs or 5 gallon water bottle filter systems or 5 gallon water dispenser with ice maker or a 3 tap water dispenser. If you search these terms, you can be assured of getting an affordable dealer to buy your water machines. You can also search on how to buy a water dispenser, and you will get plenty of guidelines on how to do it. If you follow such guidelines, chances are high you will buy a good quality dispenser. Water rental services can offer you the same equipment for you use within a specified period. People might always need to buy such equipment for long term use, especially when planning not to stay in an area for long.

Why Every Estate Plan Should Consider Digital Assets