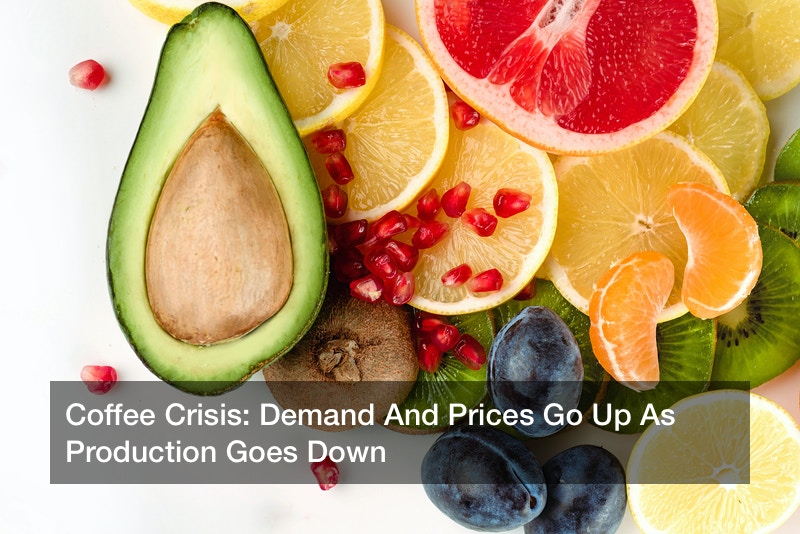 There’s no doubt that the world is full of coffee-lovers. More coffee was harvested last year than ever before and some projections estimate that global coffee demand could double by 2050.

Even nations that have traditionally been more inclined to consume tea, such as China and Japan, now also have thriving coffee cultures. Coffee is almost as old as tomatoes and chillis, which were first harvested in Latin America thousands of years ago.This caffeinated boom is partially a result of a culture that is placing more value on the artistry of baristas and the range in flavor of coffee beans. It’s also arisen from the wider variety of coffee types now available. Over 50 years ago, coffee outlets of the twentieth century began selling chilled options. Since then, coffee menus everywhere have featured an increasingly wide variety of drinks.

The issue with this coffee boom is that by 2050, the same year demand is supposed to double, about half of the Earth’s land suitable for growing coffee will no longer be viable for farming it. Just as a changing climate and rapid urbanization reduced the Everglades that once covered nearly 11,000 square miles in South Florida, areas for coffee cultivation around the world are rapidly diminishing. This leaves those in the business of producing coffee with the seemingly impossible task of growing twice the coffee with half of the land.

“We’re going to have less coffee, higher prices and coffee that is less differentiated in taste and lower on the quality scale. If everybody is okay with the fact that we are going to be paying $10 to $15 a cup for crappy coffee in thirty years, that’s fine,” said Dr. Tim Schilling, founder of the nonprofit organization World Coffee Research (WCR) and the newly appointed head of WCR Europe.

Fortunately, the coffee producers of the world have a few plans on how to overcome this coffee crisis.

One of these plans is the creation of the F1 hybrid. The WCR has identified specific strings of molecular and genetic code in certain coffee varieties that indicate crop yield, disease resistance, high cup quality, and more. All of these characteristics help the organization choose the two parents with the most biologically diverse DNA set. From this careful breeding, they’ve created the modern F1, which grows quickly, is less susceptible to disease, and bears fruit a year earlier than normal.

As growing this hybrid is neither easy nor cheap, other initiatives are in the works as well. On July 10 and 11, the second World Coffee Producers Forum took place in Campinas, Brazil. The first iteration of this forum took place in 2017 and since then it has maintained a focus on the wellbeing and prosperity of the millions of smallholder farmers and small producer organizations that keep the global coffee industry going.

This year’s forum revolved around generating ideas to ensure that coffee farmers around the world can meet their costs of production. This included a push from economist Jeffrey Sachs to enact a global relief fund that will help offset downward price spikes. Colombian President Iván Duque took this call seriously, as he signed a new fund for the country’s smallholder farmers into law just days after the forum.

Members of the World Coffee Producers forum signed a final declaration that included action items such as creating strategies that will allow producers to obtain more of coffee’s value through the chain, such as a “roasted by origin” seal. As evidenced by a study from the Friedman School of Nutrition Science and Policy at Tufts University that found that food labels lead to a 13% cutback in healthy food options, consumers pay attention to and place value on a product’s labeling. The declaration also aims to develop mechanisms to promote data and price transparency through the coffee production chain.

The experts in the coffee industry may not know exactly how they will solve the impending crisis, but they know they need to soon. Not only do coffee producers need to fill a portion of the 17,300 warehouses in the United States, but they have other major nations to think about as well. If no effective solution is found, the coffee connoisseurs of the world may be facing a hefty price for their regular cup.