Despite a murky half-decade of economic uncertainty, the real estate market in the United States seems to be climbing back to full health. How can we tell? All it takes is a simple trip to a local car dealership. That’s because a strong connection exists between the number of pickup trucks sold in America and the state of the housing market, according to the Washington Post.

One recent story showed the number of pickups sold in 2013 bumped up 12% from its 2012 number, and experts at TD Economics believe pickups will continue to sell well into 2015. Alongside such an increase is a complementary spike in home sales, up to about 1.5 million in the same span of time. That’s great news for the housing market because of one simple correlation — more new homes mean more construction workers, and more construction workers mean more pickups. It’s really just that simple.

Of course, a bounce-back in the real estate market isn’t always great news for those who are actually on the hunt for a new home. Studies show that around 88% of people will use a real estate agent or broker to purchase their new home. But if there are no affordable new homes to be found, even the best broker won’t be able to help. That’s what’s happening in the San Francisco Bay Area, where some residents are getting priced out of their neighborhoods.

It all started around the time of the tech boom in Silicon Valley. As The New York Times reports, millionaires were made literally overnight through the initial public offerings of industry giants like Google, Facebook and Twitter. These newly minted millionaires went house hunting in the Bay Area, resulting in skyrocketing property prices. The Times says San Francisco’s real estate market is “hyperventilating,” and it’s not hard to see why.

The folks in middle America, of course, tend to have it a bit better. Although recent reports suggest a potential decline in nationwide home sales for the first quarter of 2014, it might just be a dip in an overall positive trend. As NPR’s Chris Arnold explains, “If things keep slowing down, as the weather gets better, we get into the spring, that might be cause for concern, but we really just have to wait and see.”

However, the numbers for job growth are looking promising, with more jobs being added each month. If that keeps up, Arnold says, we might be looking at a steady stream of new homes being bought. Still, it might just be too early to tell.

In the meantime, it’s worth keeping an eye on those pickups. If Americans keeps buying, the housing market is likely to stay in good shape — for now. 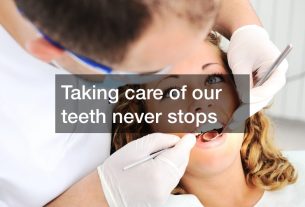