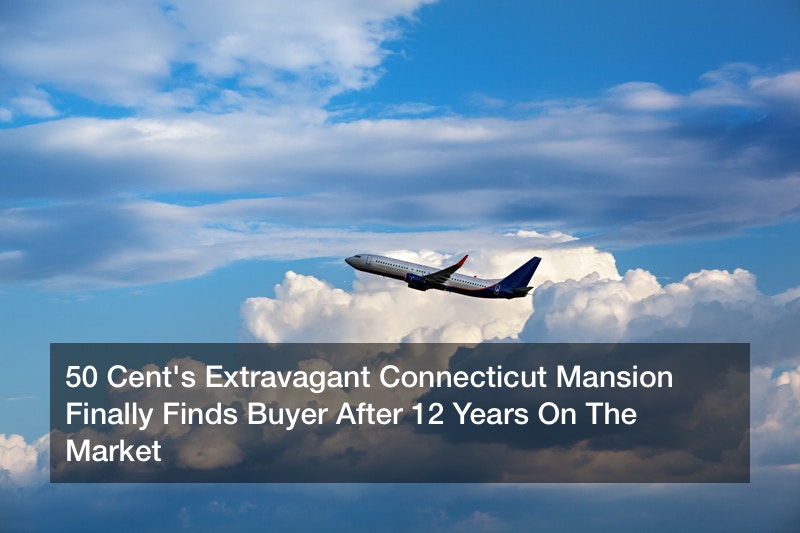 For over a decade, rapper 50 Cent struggled to sell his mansion in Farmington, Connecticut. A symbol of 1980s excess and luxurious living, 50 Cent originally put the extravagant compound on the market for $18.5 million 12 years ago. On Apr 2, the home finally sold for a mere $2.9 million.

Not only is that number over 80% less than the original asking price, but it is over $1 million less than what 50 Cent paid for it in 2003. The musician bought the property from former boxer Mike Tyson for $4.1 million. That real estate deal still holds the record in Farmington for the most expensive home ever sold.

50 Cent would have no such luck in making another record-breaking deal in selling the house. After initially putting it back on the market in 2007, he and his real estate team slashed the price again and again to no avail. The rapper even invested between $6 million and $10 million in renovations, joining the 58% of homeowners per year who say they plan to spend money on improving their homes, but far outdoing the average home remodel. His team also listed the property for rent at $100,000 a month and put it on Million Dollar Listing in an attempt to spark interest.

Yet none of these efforts worked to attract buyers. With 50,000 square feet of space and 17 acres, the home has 19 bedrooms and 25 bathrooms. Within its massive size, the mansion also boasts an indoor pool, a basketball court, several game rooms, a hot tub that can fit 40 people, a gym, a home theater, a recording studio, and even a nightclub. While these amenities may be everything you’d find in a child’s drawing of a dream home, the impracticality of its size and the reality of paying for its upkeep is what kept buyers away for years.

According to RC Atlee of Compass, a seller of luxury homes in the Hamptons, there is a variety of “invisible costs” that come with owning a mansion. For his Connecticut compound, 50 Cent was reportedly spending about $70,000 per month in expenses.

These thousands included mortgage payments and property taxes, the latter of which had to follow New York’s mansion tax. This tax states that anyone who purchases a residential property for over $1 million has to pay 1% of the sale price. According to Atlee, that tax can be up to 4.15% for a property that sells for $25 million or more. These taxes alone for keeping a home make the cost of keeping actual living beings, like pets and plants, seem like chump change. For instance, the average person spends between $2,000 and $6,000 on a puppy during their first year. That entire year’s cost at its highest isn’t even one-tenth of the Farmington mansion’s monthly bills.

50 Cent’s high monthly payments also included bills for landscaping, security systems, maintenance emergencies, and utilities. As this mansion was almost certainly part of the 87% of U.S. households that have air conditioning, the rapper would have been hemorrhaging money in an effort to cool every one of those bedrooms and entertainment spaces.

Despite these wallet-emptying expenses, Casey Askar, a businessman from Florida, finally bought the extravagant estate. Askar and his family run a business that consists of investments in commercial real estate and restaurant chains.

The father of six says that he doesn’t plan to relocate to Farmington, but that he and his large extended family will use the property for summer visits and holiday gatherings. He also plans to use the mansion for business retreats. According to Askar, the mansion is an attractive alternative to booking hotels for all of his family members and business partners.

A general contractor is reportedly already on the property to start renovations on the mansion, which will likely run into the millions. Whether these renovations mean outfitting the home with popular and sophisticated subway tiles, which were first used over 100 years ago in New York subway stations, or giving the home a modern feeling with large windows and sleek features, Askar has yet to say. What is certain is that Askar will finally rid the home of its feeling of 1980s excess and give it an upscale atmosphere fit for a wealthy family.