According to a recent report from the popular finance and business news website The Motley Fool, Groupon seems to be escaping the fate of its counterparts in the so-called daily deals industry. Groupon and sites like it generate most of their revenue by offering deals for restaurants, shows, and other local attractions on a day to day basis, hence the “daily deals” designation. Groupon is unique in that, despite overall industry trends — the daily deals industry shrinks at a rate of about 10% each year — the company has actually grown from 2013 to 2014.

The secret of Groupon’s success is in its near seamless transition from a daily deals retailer into a more reputable center of eCommerce. Recognizing that 2014 would see web users spend upwards of $1.5 trillion on goods and services purchased online, coupled with the daily deal industry shrinking beneath its feet, Groupon shifted away from a pure daily setup to something more akin to a “traditional,” for lack of a better word, eCommerce retailer.

In particular, Groupon has been extremely successful by using localized web data to tailor their listings to each of their users. The results speak for themselves: the company reported growth of 67% in Q2 2014.

The turnaround for the company has been so overwhelmingly successful that both its stock value and the rating of its shares have improved greatly within the last few months. According to a report from Barron’s, shares for Groupon were up 2.5% at the close of the markets on September 2. Mark Mahaney of the Royal Bank of Canada Capital Market has also upgraded RBC’s evaluation of publicly traded shares from “Underperform” to “Sector Perform,” a sure sign that Groupon’s reinvention is being welcomed both inside and outside of the company.

Do you still use Groupon after its big shift? Let us know why or why not in the comments below.

Foxborough Landmark Burns Down After Cigarette Tossed too Carelessly 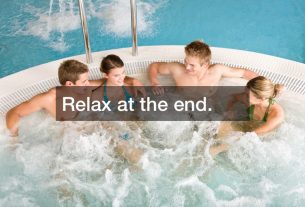