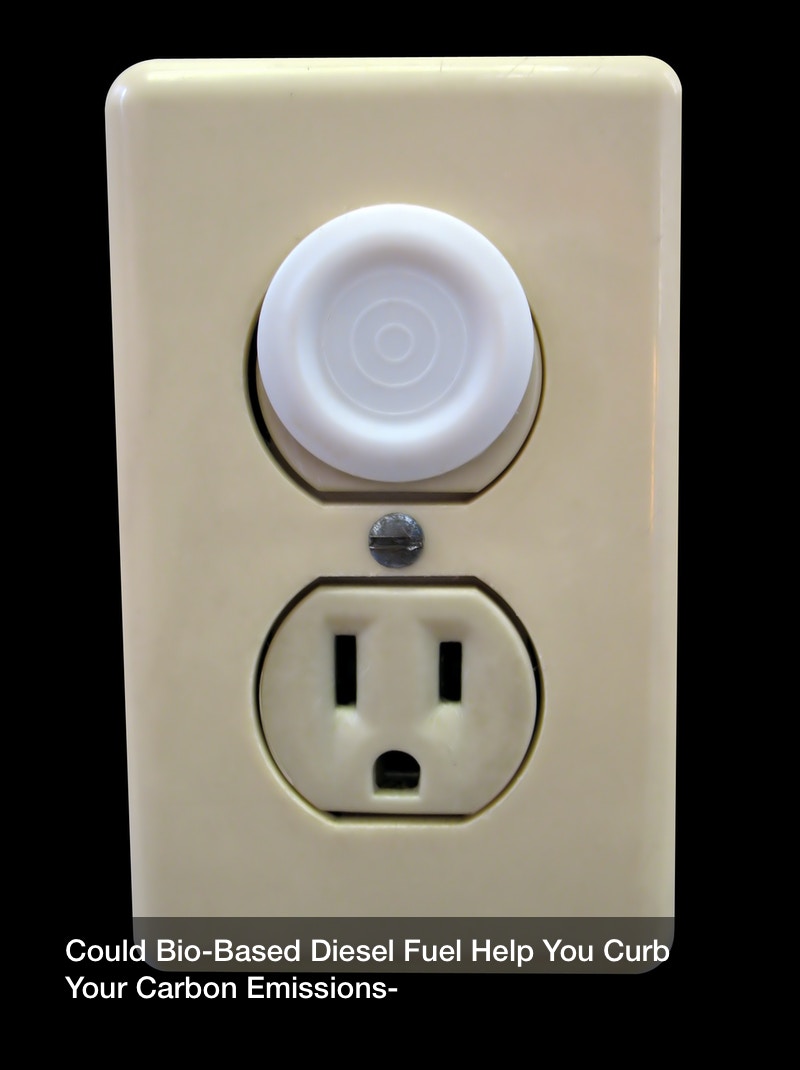 Although Americans tend to prioritize convenience over anything else, more residents are realizing that their bad habits are having an adverse effect on the planet. Relying on gas guzzlers to get us from point A to point B isn’t as socially as acceptable as it once was; instead, electric vehicles are “in,” predicted to make up 54% of all new car sales worldwide by 2040. But switching to an EV isn’t the only thing you can do to reduce greenhouse gases. A recent study shows that even diesel-powered vehicles could be considered eco-friendly, provided that they use bio-based diesel.

Since one diesel engine car is sold for every 100 cars in the U.S., it’s clear that gasoline-powered vehicles are still in the majority. However, diesel is often viewed as a fuel of choice because it offers 12% more energy per gallon compared to gasoline. That said, diesel vehicles tend to cost more upfront (though they offer better fuel efficiency over time) and diesel fuel hasn’t traditionally been viewed as the most environmentally conscious option.

…Until now, that is. According to the Biodiesel Technology Forum, data gathered by the California Air Resources Board’s Low Carbon Fuel Standard program has revealed that biodiesel and renewable diesel fuels are responsible for the state’s biggest reduction in transportation-related greenhouse gas emissions. During 2018, California’s use of renewable diesel and biodiesel fuels eliminated an impressive 4.3 million tons of carbon dioxide. Since the Low Carbon Fuel Standard program started in 2011, these same fuels have eliminated upwards of 18 million tons of CO2.

“The pairing of biofuels with new-generation diesel engines is, hands down, one of the most effective — and underrated — ways to reduce greenhouse gas emissions from heavy-duty transportation sources,” explained Allen Schaeffer, executive director of the Diesel Technology Forum, in a statement. “Even though battery electric technologies dominate the headlines, electric cars and trucks in California resulted in only 1.2 million tons of CO2 reductions in 2018 — one-third of the emissions reductions delivered by diesel biofuels.”

Several California cities (such as Oakland, Sacramento, San Francisco, and San Diego) are now using renewable diesel fuel on an exclusive basis for their municipal-owned buses, heavy duty trucks, and other equipment. By using renewable diesel fuel in 632 transit buses, the San Francisco Metropolitan Transportation Agency removed more than 10,000 tons of carbon dioxide in one year. In addition, more fueling locations throughout the state are now offering this type of fuel, making it possible for truck drivers and others to utilize it and be responsible for reducing their emissions.

Schaeffer noted in a statement, “It’s exactly the type of innovation demonstrated by companies developing advanced diesel fuels that underscore why it is so important to remain technology-neutral when states and cities institute these kinds of goals and standards… If it weren’t for these advanced diesel fuels in the Low Carbon Fuel Standard, California would not have achieved its 2020 climate goals in 2018. Had California depended only on emerging, alternative technologies to deliver on these goals, the state would still be waiting.”

Although California seems to be leading the charge in terms of widespread use of biodiesel, it’s clear that the entire nation could benefit from its increased usage. In addition to its ecological benefits, it’s also a domestically produced and cost-effective product, meaning that it’s an accessible and promising option that motorists across the country could use. With any luck, more states will follow California’s example and embrace this sustainable fuel option in the future.

This Just In: Flushable Wet Wipes Aren’t Flushable — At All

The Password for Your New Windows 10 Computer? Your Face