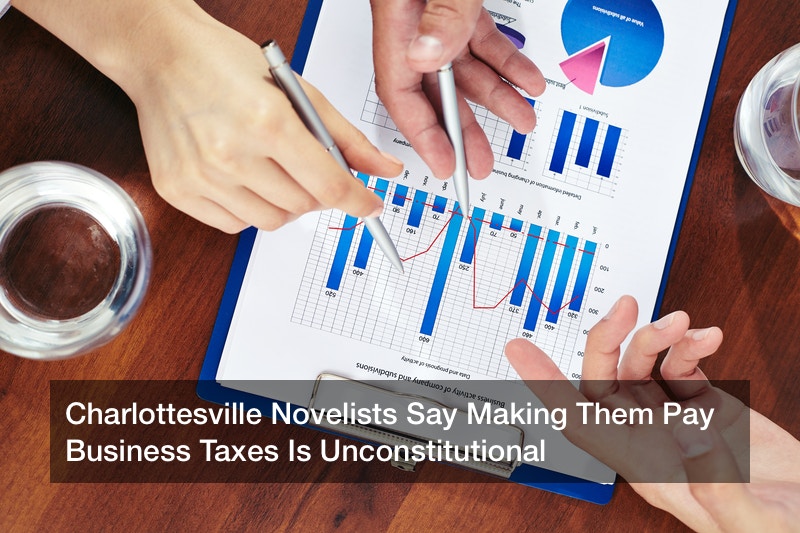 As two people who make their living writing novels, Corban Addison and John Hart don’t have to follow the traditional system for paying taxes through an employer. After receiving sizable tax bills from the city of Charlottesville and Albemarle County, however, the two novelists have decided to take a stand against what they deem an unconstitutional act.

The state code in Virginia exempts writers for newspapers and magazines from paying business license taxes but does not extend the same exemptions to novelists. While it is not completely unheard-of for businesses to lack knowledge on their own tax information — a CNBC Small Business Survey found that in 2016 22% of small business owners didn’t know their effective tax rate — Hart and Addison weren’t aware that the state considered them businesses at all. The Institute for Justice, a nonprofit civil rights organization, is representing the two men in the lawsuits they filed against the city and county on July 24.

According to attorney Renée Flaherty, the city and county are participating in unconstitutional discrimination by exempting writers who write for newspapers and magazines from the tax code and not independent authors. These writers supply the 12 books per year that the average American reads. Yet they don’t receive the same tax exemptions writers who work for media organizations do, even though there is often crossover between the two types of writing.

“Instead of protecting and supporting its creative community, Charlottesville and Albemarle County have decided to treat it like an ATM,” Flaherty said.

The lawsuit specifically cites the city and county’s actions as breaking the writers’ First Amendment rights, as it is a discrepancy in treatment over speech. The suit contests that the business license tax doesn’t clearly state the types of businesses that need to pay, violating their 14th Amendment rights as well.

Flaherty clarified in the press conference announcing the lawsuits on July 24 that the purpose of business license taxes is to account for the cost of infrastructure that supports business operations. This covers aspects like the roads businesses are located on and the parking lots, 90% of which in the U.S. are surfaced with asphalt pavement, customers park in. Flaherty says that her clients, however, don’t use the city’s infrastructure to turn profits or serve customers as other businesses do.

Hart maintains that he doesn’t use anything from the city or county for his work. He doesn’t even need parking spaces from the city, just his laptop and his imagination. If like 80% of homeowners, he decided to remodel his home to accommodate his work life, which could take up to one year to complete, he could try to claim that expense on his income taxes. Many freelance writers make such claims, but it doesn’t mean that they’re relying on the city’s resources to run a business.

Addison takes more issue with the differing treatment of writers underneath the tax law. He believes that by nature, the First Amendment applies to all authors and means that they should be taxed and subjected to the same laws. Those who work in organizations are exempt from the tax, from reporters in television and radio stations to stenographers who type over 225 words a minute in court proceedings. Addison believes writers who work independently should be exempt too. He wants equal treatment for any writer, regardless of what they write.

The lawsuits are asking for exactly that. They state that as it is currently written and applied in each locality, the tax should be declared unconstitutional. The lawsuits also ask for the city and county to refund the business license taxes that the men have already paid. Addison paid the city nearly $2,600 for three years in back taxes, penalties, and interest on his gross receipts. Unlike on his income taxes, these payments didn’t allow for deductions for travel or other expenses related to his work.

Churches Across the U.S. Are Welcoming and Utilizing Technology