A growing number of Americans are losing confidence in the housing market, new data shows. According to mortgage loan company Fannie Mae, only 24% of Americans they say feel confident that now is a good time to buy a home.

This is a 30% decrease since 2013 when 54% of Americans were interested in buying a house. Potential reasons for this significant drop in confidence include salary stagnation, generational trends, rising house prices, and high interest rates.

It’s no secret housing has grown more expensive over the last few years as high demand and low supply wracked up housing prices. The median home value in 197 different cities is as high as $1 million.

Some homes that have popular assets such as patios, which are among the top three features rested by new homebuyers, or metal roofs, which can save up to 35% on homeowner’s insurance, are even more expensive because they’re in high demand.

On top of this, storing items in your house costs an average of $10 per square foot.

This data isn’t only reflective of metropolitan areas, either. The National Association of Realtors also reports that the median price of a single-family home is at least $50,000 higher than it was just two years ago.

These significant price jumps have had a major impact on millennials, 33% of which make up the homebuying population as of 2017. To afford down payments on their first homes, many millennials have taken to postponing their wedding ceremonies or asking for donations in lieu of wedding gifts.

These rising home prices may be reasonable if salaries were to grow along with them, but, according to Pew Research, the average inflation-adjusted wage has the same purchasing power as it did 40 years ago.

“[What] wage gains there have been,” Pew Research said, “have mostly flowed to the highest-paid tier of workers.”

The fact that housing prices are outpacing salary growth has serious implications for financial mobility. Approximately one in every 200 Americans will experience foreclosure.

Because of these statistics, many young Americans are choosing never to buy a house at all. Millennials, as mentioned above, often don’t have enough money to save for a down payment when they’re already saving for retirement and paying off loans.

Yet, the generational shift against buying homes isn’t only because of a lack of affordability.

Millennials who grew up during the Great Recession have come to distrust the housing market. In fact, 78% of millennials consider the recession a factor in their decisions on whether and when they should buy into the real estate market.

Mortgage interest rates have also risen higher than 4.6%, their highest levels since 2011. This has kept new homebuyers from investing in real estate and current homeowners from selling their houses to upgrade.

Although there’s homeowner financial assistance available for those who need it, there’s still a significant shortage of houses which may keep prices from becoming more affordable.

“There is already a significant shortage of homes for sale,” said Mark Fleming, the chief economist at First American Financial Corporation. 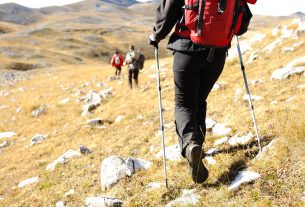